N'tech event: Rust as a safe and carefree programming language

In the past six years, Rust has become popular as a language that can achieve memory safety and thread safety without introducing a garbage collector.

While not having to rely on a garbage collector is indeed extremely useful in embedded software, that topic has been covered many times by many presentations already. Instead, in addition to explaining the techniques that help with memory safety, this presentation focuses on how those techniques also help developers to build abstractions, wrappers and libraries that are difficult to misuse.

“Rust is excellent for creating large programs while not having to worry about mistakes such as memory mismanagement, data races, or even misusing a library and causing logic bugs.”

The presentation was made by Gerwin and Tim, Embedded software developers.

Find out more about the event or watch the replay 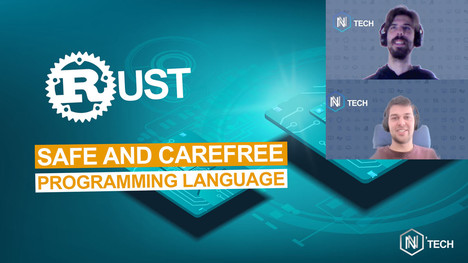 By the way, what is N’tech?

N’tech is program powered by Nalys whose goal is to create technical communities of engineers around events. We believe that bringing experts together around common topics is the best way to generate real exchange, grow these communities and create real change.

For now those events take the form of webinars but in the future we plan on meeting physically.

Find out about the next N’tech events related to Life Sciences and Software here: ntech-events.com